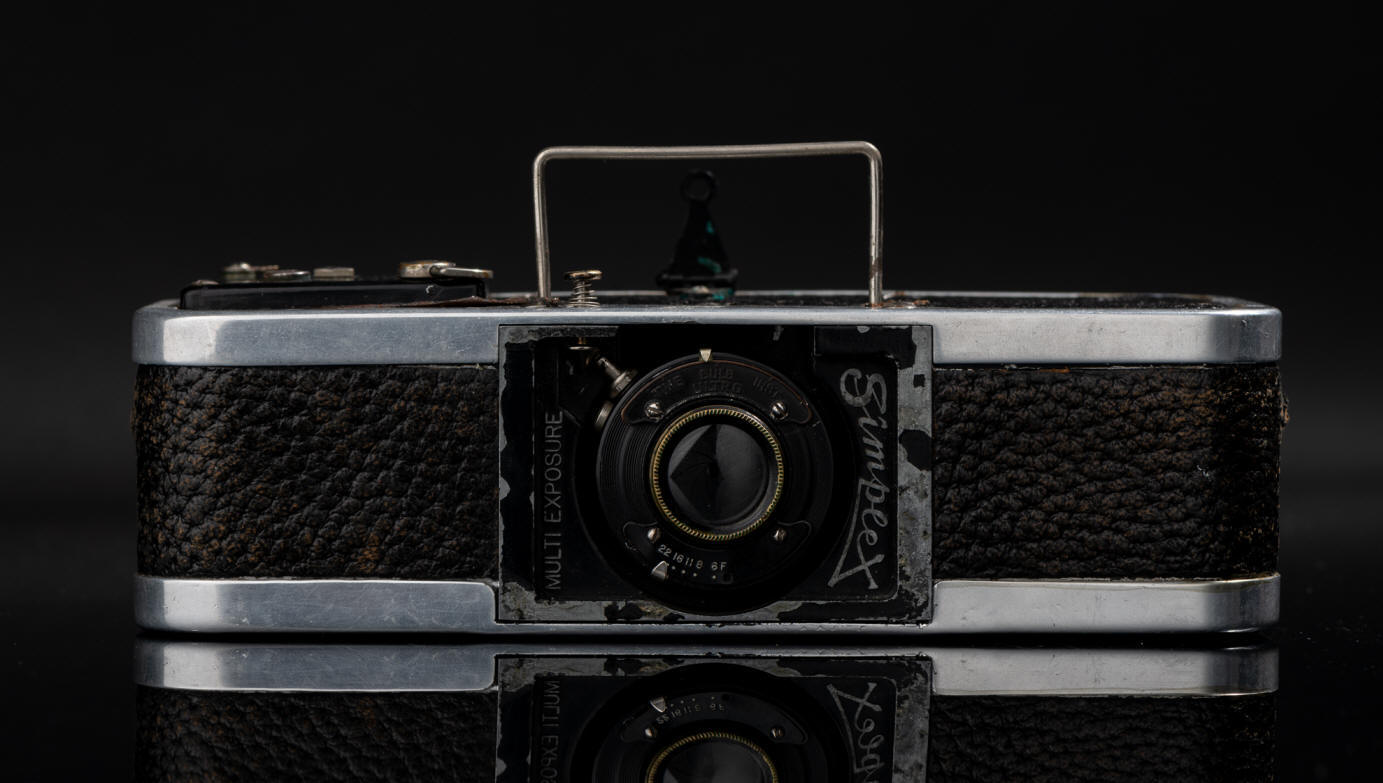 The first standard full frame 35mm camera sold to the public, and its inventor Alfred Huger Moses Jr, are pretty much unknown and forgotten today.

Yet they deserve recognition for their historic 35mm firsts!

While the Leica A of 1925 was the first commercially successful 35mm still camera, many 35mm cameras proceeded it -- not so successfully.   For the purposes of this article, 35mm film is defined as the 35mm double perforated movie film invented and patented by Edison in 1909.   What was the first 35mm still camera?    The answer depends upon how its defined:  by prototype? by patents? or first commercial sale to the public?    Its a bit confused even as to which 35mm still camera was actually first sold to the public.

Kalton C. Lahue and Joseph A Bailey in "Glass, Brass & Chrome  The American 35mm Miniature Camera" correctly recognized the Multiple-Exposure Simplex as the first commercially sold 35mm still camera.   The Simplex was advertised for sale as early as February 1914.   Less than 50 Simplex cameras appear to be produced between 1914 to 1918 in four different models: the original Simplex, the Simplex Special, the economy Simplex Model B and the Simplex Model III.   The standard format Model B appears to be the rarest Simplex.  Jason Schneider in his excellent Simplex article was not even sure the Model B really existed.

Only the economy Model B used what became the standard 35mm film format, today what we call full frame 35mm.  The other 3 models were convertible between full and half frame exposures.

conceptually very different cameras, the UR-Leica was a much smaller compact design out of the gate 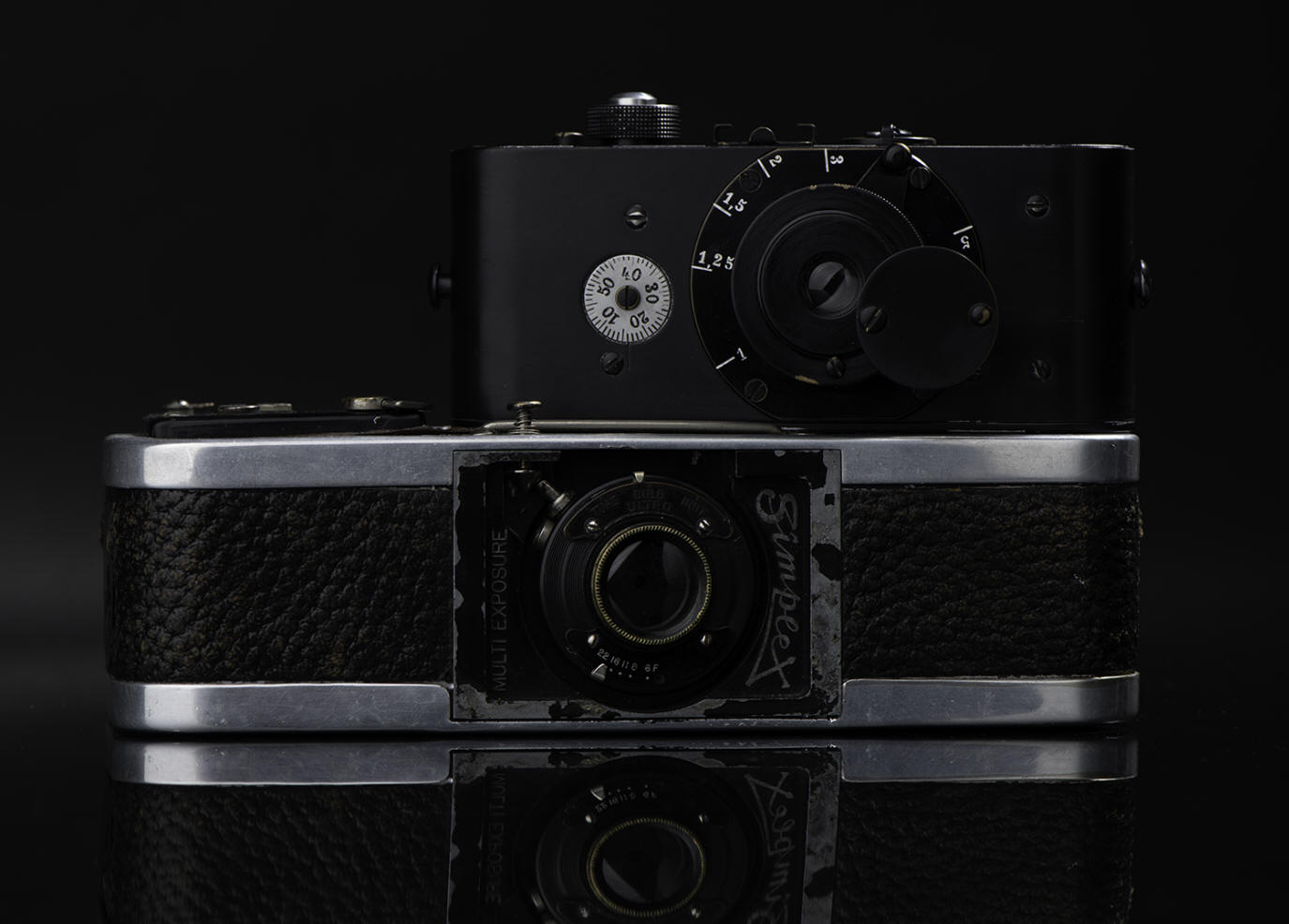 The Homeos and Tourist Multiple were half frame cameras, like the cine cameras of the day.  Three of the four Simplexes were convertible between full and half frame 35mm.  Only the Model B among these early production cameras used exclusively what we call full frame 35mm format, the first production camera to do so.

The four Simplex cameras had quite advanced systems for their time: 50 foot magazines for 400 full frame or 800 half frame exposures, focusing 50mm f/3.5 or f/6 lenses from two feet to infinity, Compound shutters 1 to 1/300 plus T and B.  Thanks to the cine heritage of its theatre projector manufacturer and its cinematographer designer, the Simplexes were marketed to produce negatives from which positives could be projector displayed for "Home, Club, School, and Church Entertainment."   Too bad the concept of little camera and big prints was completely overlooked. Had the Simplex used that concept in advertising, 35mm history may have been a very different story.    Designed in the age of movie cameras, its no surprise all Simplexes look like a movie camera on its size and are held horizontally. 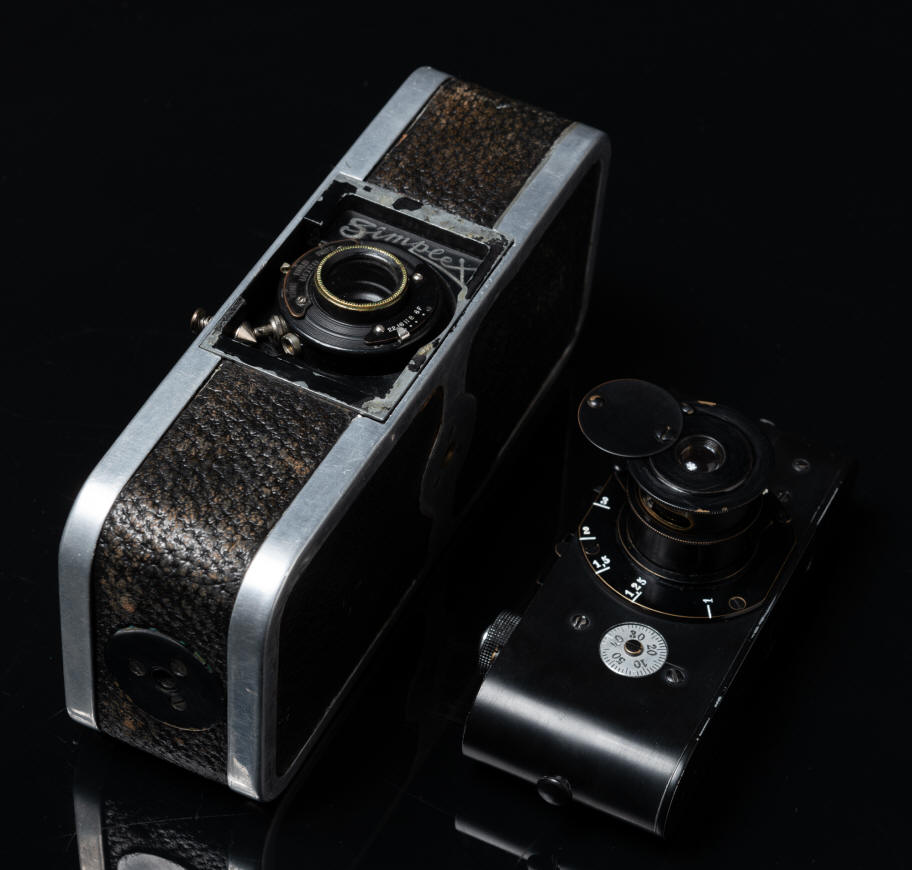 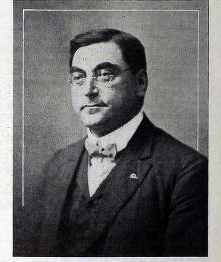 The Multi Exposure Simplex was designed by Alfred Huger Moses Jr, aka Al, a famous silent movie cinematographer.   IMDb credits him with 38 films 1912 to 1919.  Forgotten today, he was a man of substantial accomplishments including a graduate of Massachusetts  Institute of Technology specializing in Electrics.  Per family tradition he worked fitting out of the battleship USS Maine in Brooklyn Navy Yard and on the Statue of Liberty in New York Harbor.   Al used his cine experience to design the Simplexes, similar to Cine cameras in shape, perhaps to their undoing.  Arguably the small camera big print concept that Oskar Barnack got right from the start propelled Leica's success more than any other factor.

Alas, the Multi Exposure Simplex had a short production life from 1914 to 1918.  WWI was definitely not a good time to introduce a new concept in cameras.  For some reason photographers were not buying that many Multi Exposure Simplex cameras.  Maybe they were too busy in the Army and Navy!  By 1916 Moses, wife and two kids moved to Scotland for a job as director of cinematography.   He  moved back to the US in 1918, apparently never again working in the movie or photography industry.  They eventually moved to Los Angeles where Al owned and operated an Electric shop, never again working in the movies so far as his great grand children are aware.   A failed economic venture, Simplex cameras were forgotten.  History is written by the winners.

Unlike Oskar Barnack, camera fame did not await Alfred Huger Moses Jr, the designer and inventor of the Multi-Exposure Simplex, only obscurity. 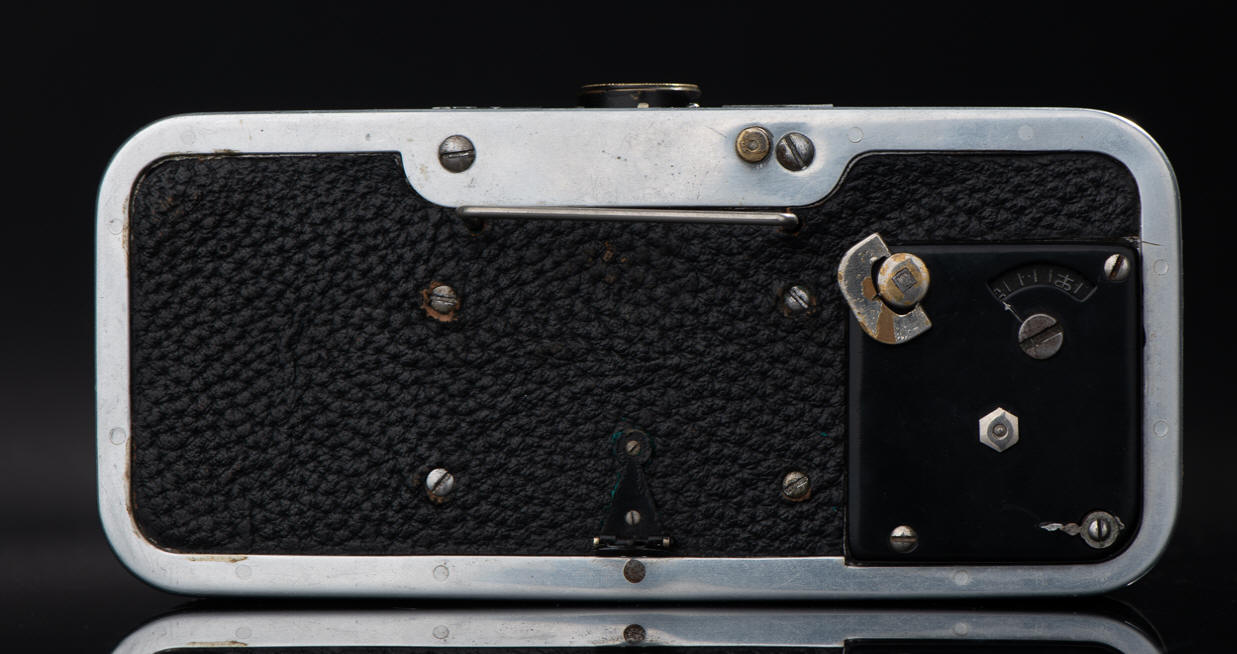 While the Simplexes were being offered for sale to the public in1914, Oskar Barnack was working on his UR-Leica.

Oskar produced his Null Series prototypes in 1924 ahead of production in 1925.

In 2018 at Westlicht Auction in Vienna, one of Oskar's Null Series Leicas sold for $2.96 million US dollars - a new record for a collectible camera.

Revised: May 10, 2019.    Copyright © 2012-19  Stephen Gandy. All rights reserved.   Information in this document is subject to change without notice.  Other products and companies referred to herein are trademarks or registered trademarks of their respective companies or mark holders.