Introduced in 1932, the Leica II was an important even for Leica, and 35mm Photography.  With its new built in rangefinder, standardized interchangeable lenses, and lens choices ranging from 35 to 135, it was 35's first System camera.   Yes, I know about the Contax I.  I am not sure which was introduced first, but the Contax I's unreliable shutter removes it from contention for the title.

Leica had a standard policy to factory upgrade earlier camera to new specification through the 1960's.  This Leica II  # 18916 left the factory in 1929 as a Leica A.   At some time in its career it was sent back to Leica for upgrading to the Leica II -- adding the built in rangefinder and interchangeable lens capability. The lens is an un-numbered Nickel Elmar, apparently the camera's original lens.   The advance wind knob is the original  smaller knob used in its other life as a Leica A. 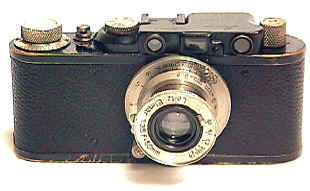 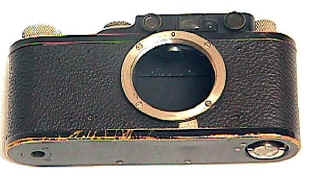 The II is quite important in Leica's history as the first Leica to have a built in rangefinder.   The II's combination of rangefinder, interchangeable lenses, built in 50 finder, and shutter speeds from 1/20th to 1/500th made it Leica's first real system camera.    Leicas  before the II depended upon scale focusing, or the add on rangefinder.    While the vulcanite covering was very tough and markedly superior to the Zeiss Contax body covering, it could become brittle and break -- as shown on this camera just below the lens mount. 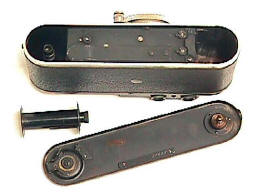 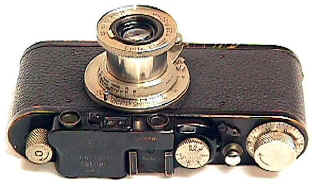 Loading a II, or any screw mount Leica, can be a chore if not a downright irritation.  It takes some getting used to.  That's right, no strap lugs, though they were sometimes added later. 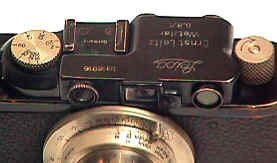 Note the warm toned nickel fittings, which were replaced with chrome fitting on later cameras.  Fitting the rangefinder in the very small housing was considered something of a miracle at the time.  It's worth noting Oscar Barnack was adamant about not increasing the camera's size appreciably -- unlike the Contax designers who ended up with a much larger camera.

Leica lenses did not leave the factory with lens coating until after WWII. Shooting with an older uncoated lens can be a nice "retro" experience.   In B/W there is noticeably less contrast and more flare.  In Color the colors look more muted.  It's an interesting exercise because it can remind you its not the sharpness of the image, but the overall quality and feeling of the image, that makes the difference.

Note the smaller Leica A type advance wind.  The "O" on the lens mount indicated it could take standardized Leica lenses, unlike the early interchangeable Leicas which had to use lenses matched to that individual body. 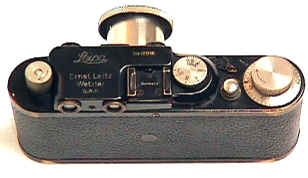 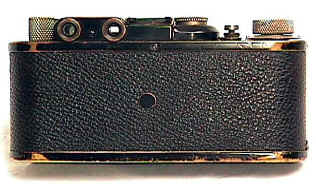 Most Leica lovers agree that brassed black paint Leicas   look better than  later black chrome models having equal wear.  The round plug on the back was to check lens focusing during servicing.   Having a hard time finding the sync connection?  That's because no new production  Leica left the factory with flash sync until after W.W.II.